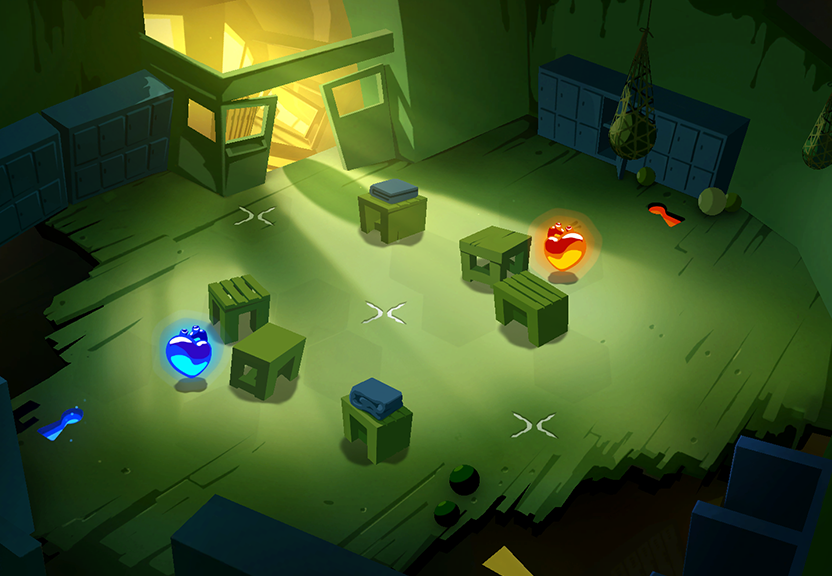 What’s your opening move going to be for this map?

depend the options; normaly a 1 key phobie + something like Cassowary or Uni-Corn, or spend all 3 keys for Stabby, Murder Wing, Grave Digger.
preference take the the panic point at the top (except whit slow phobies).

Apply early pressure around the mid panic point by using flying ranged phobies over the obstacles and cover as much ground as possible until my opponent eventually does the fatal mistake of rushing in instead of sniping off my earlier defenses.

I usually put any 1-key Phobie that travels two spaces to the top panic point, then put a 2-key Phobie fast enough to threaten the center panic point.

I like to open with Boom to top point and either unicorn or cassowary, usually unicorn as cassowary dies quickly. Occasionally I’ll even just play boom and a one key and save for unbearable, my only real stabby counter

Usually I open with BoMangles at the bottom part of the map when going first since it gives you a lot of board presence early on (you get to be 1 tile further in on the map than your opponent since you can move 2 tiles twice to go past the obstacles, but your opponent has to stay behind the obstacle to not lose a trade.
The reason why I take BoMangles instead of Stabby is because otherwise my opponent can answer by summoning Creep and moving it towards the middle point which forces the Stabby to stand back.

When going second it’s a lot more varied since I’m often just responding to the opponent.

Nice, i normally don’t use 1 moves because they are very slow but you are absolutely correct that bo would have an advantage being closer

So, my strategies and opening moves are really simple for this, and I have a couple general tips that are just all around good.

I open the game with any 1 key Phobie. Razor Mouth, Contortio, Electricat, etc, and take 1 panic point. I feel like it’s always a good idea to conserve your keys, because you have a limited number. It’s really tempting to pull out powerful, high cost phobies right away, but if you do this, there is the chance you won’t have the phobie when a situation built for it comes up. Start small, it’s ok if your heart takes a little damage from panic points.

On my second turn, I always try and pull out Grave Digger. I do this to put up a barrier between the two obstacles on the left of the enemy heart. This significantly slows the opponent down. The only options they have to get a Phobie into the fight is using a flying Phobie (which I’ve found are relatively weak), or destroying the barrier, which often takes multiple turns, and by the time they do break it, a new one can be built.

Now, just start capturing panic points, and attempting to stop the opponents Phobies at the other entrance. Then sit back, relax, and either wait for all the Phobies to aproach their inevitable doom, or for their heart to hit 0. It’s a super simple strategy that works wonders.

normaly Im counter that whit poison and lobbers, and force the enemy to go back and ruining that strategy. but it´s normal see inclusive in high leagues, i use grave digger in mid or end game for less counters.