Do you think they are going to have a Christmas event

Say yes or no also I love the game

Yes. Probably not something huge like you would of an event for say Pokemon Go or Fortnite, but they will probably do a sale sometime in December and run something on their discord and that will be the Christmas event. It’s unlikely we will get an update or anything like that because they are still collecting feedback from the previous update.

In short, yes but don’t expect too much.

I think so… hihihi

I don’t know why but I have this weird felling that a new phobie is gonna come out, or maybe a big update like new customisation options

Now this is exciting! Can’t Wait to see what’s in the works

Also when do u think it will come out

I have no idea, but honestly I would be excited if they brought a Krampus-inspired Phobie for the Holidays. Here, I even whipped up a very basic-looking concept on HeroForge (some Dungeons And Dragons custom minifigurine service) of how this big ol’ Christmas fiend could look. Now now, I do not expect my exact idea to be used, but yea: a Krampus would be amazing, no matter what they make it look like. 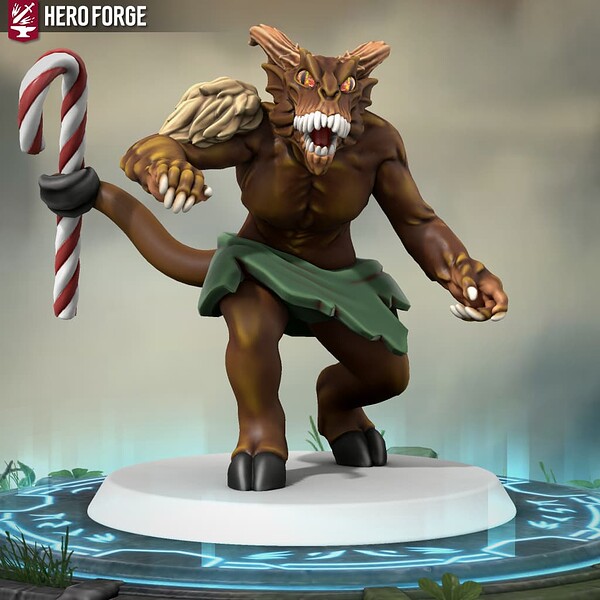 Cool I love the phobie

That’s really cool. Would be a good varient of snowball or werewolf.