Why do I often come across opponents much stronger at level 9-13 (40-70 levels enemy’s) ??!! The administration fix these bugs, it’s unrealistic to win such fights!! It’s not fair and they spoil the statistics

When you are playing ranked and are doing considerably well, you will be paired with opponents of the same or similar skill level as you. You may experience battles with players of higher mastery level due to this, but that does not particularly mean that they are the top of the top playing members, it indicates that they likely have been playing for a little while longer than you have.

We will share your feedback with our team for review, though.

Thank you for your answer))
I understand that there is a skill system, but it is not quite accurate. There are players who collect cards and pump them up, but at the same time conduct a minimum of fights. Later, the system of ranks puts such players against those who are less pumped in level and defeat them is almost impossible because of the strong boost of their phobias 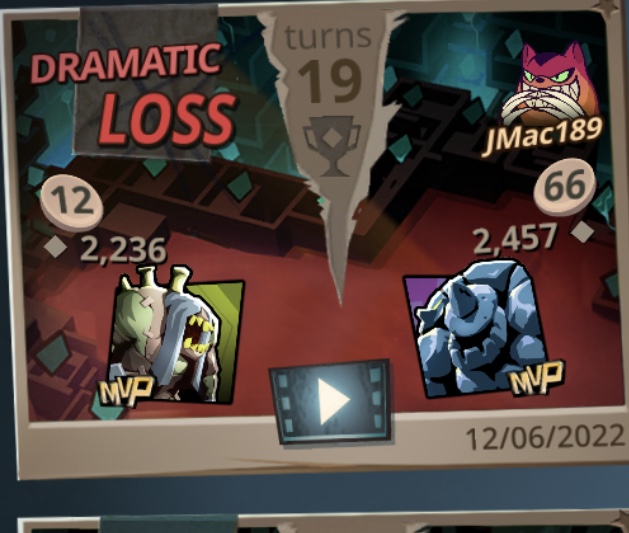 This is a big problem in the game. I’ve fought enemies with a higher level than me multiple times. For solutions, You can try playing the mode you don’t play often to solve this problem-For example, i’ve noticed your matches are mostly async matches, so you can try to play arena for a more fair match.
Also i want to use this as a opportunity to point out a problem in the game. You see, most people play one game mode very often, and the other less. The problem is that your league in the two modes aren’t the same. So you could be sum of all fears in arena and somewhere around horrors in async. This means when playing the mode you don’t play often, you can get paired up with enemies a much lower level than you, which isn’t fair. To prove my point:

It becomes impossible to play this game… I fight in the “arena” mode, the same thing - opponents get higher in lvl and rating! What’s wrong with this game!!!

In your position it´s just normal but in high leagues that become worst, I have lv 58 and normaly meet guys in range of 20 to 45 in Doomsday.