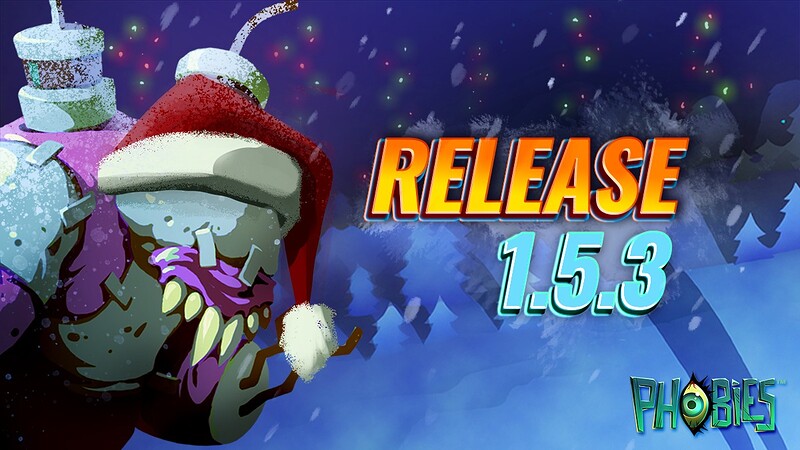 There’s a bitter chill on the wind and you may feel a shiver creeping up your spine, but don’t worry - it’s just your Phobies delivering a special winter update! There are gifts for every player to uncover beneath the snow… read on for more details!

As we approach the end of 2022, the Phobies team would like to take a moment to thank every player who has fallen in love with our creepy little strategy game. Your passion, positive comments, and amazing fan art are very much appreciated and we’re looking forward to delivering more fun to you in the new year.

From our team to you, have a safe and happy holiday season, and we’ll see you in the Arena!