Before I show my phobie, I just want you to know that I’m new to phobies so this phobie concept might exist already so please tell me if that’s the case. Also tell me wether it is overpowered or underpowered. 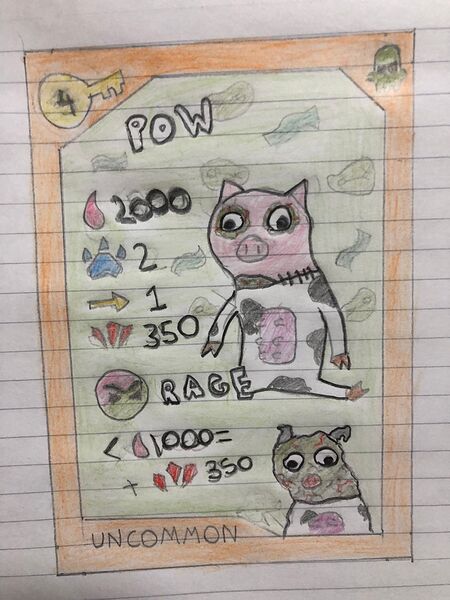 Pow is a cow, with a pig head sewed on top. His pig head is old and diseased, so he hides it with a new pig mask. He seems chill and underwhelming, but he has a high temper.

I will probably make more of these new phobies as time goes on so I decided to make my first one simple.

Btw he takes his mask off while the ability is active

I think this is an interesting idea. I do think it is overpowered. Would need to be 6 key if it’s gonna keep it’s ability. Look forward to hearing bmore ideas you have!

As for balance though, it’s just another 4-key melee phobie that dies after you killed a 3-key phobie with it. There are already too many of those. With its 2000 base hp it might do better than say Grimes, but that’s a low fkin bar.

Thx, but it if it is a 6 key, should I increase health