Okay, I admit it, i suck at creating things, so, this is how we gonna do this: If you ever imagined your own phobie, then feel free to share it here!
All phobies that will be shared will get a concept art, with mention of who’s idea that was!
Info required: Race, how you think it should look like, colours, abilities and stats. Any additional info will be appreciated. Thanks and good luck everyone!

If you are given the chance to design your own phobie

Hmm, well as obvious as it is the phobie of my choice would be Cat related. It’ll represent the fear of cats, it’ll also be as pretty as they come. The face would be flawless with pretty big eyes and so on. I’d say the special skill would be the cat opening up its rib cage or even its mouth and shooting other multiple tiny cats that would scratch and go crazy on the enemy. Azrael is what I’d call it.

As i mentioned in a previous post about a phobie i’d want, this would be it.

I had this dream about an anglerfish Phobie (which I thought was real until I double checked with people in the Discord server) that had a “taunt” mechanic. 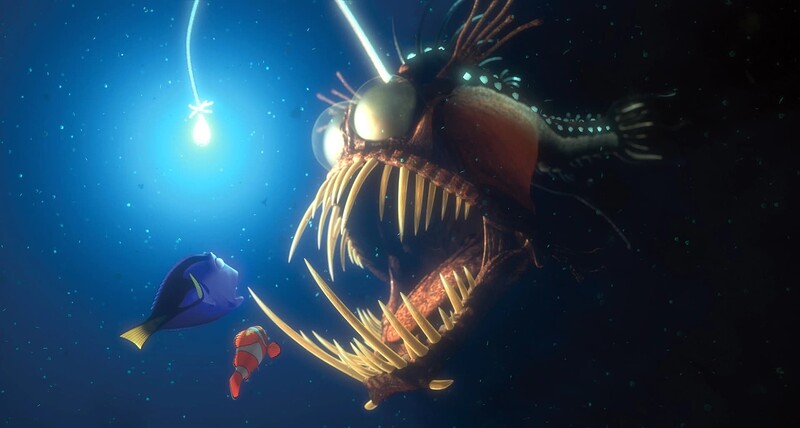 Mechanically, it would be too strong if the unit forced enemies to use their turn to do something specific. So I thought it would be better if it was optional.

The race would be “monster” and the ability would be that it could place its lure/light on one adjacent hex and anyone next to the lure can not attack/use single target skills on anyone else except the lure itself. They can still move outside of the lure and attack freely afterward.

As for the looks, I always was afraid of big fish scary getting me on land so it would be cool if it was walking “upright” with two flimsy hind “fin-legs”.

Yo I want to put my one idea from meow’s post, but i’ll modify it abit

Name : Poppy Balloon
Race : Monster, Flying Type
Alright so this phobie represents the fear of balloons, it’s a red balloon with a skull logo on it, I guess it would shoot out magical red blobs and the balloon would look like it’s gonna fly away when attacking.
It would spin around when it’s staying still.

Ability Name : Haven’t thought of it yet
Description : When using this ability it will decrease -1 tile movement to every enemy close to each other in range (AOE damage) , while it gives 420 damage as it’s attack.
So let’s say you use it on a phobie with 2 tile movement, it would only be able to walk 1 tile because of the ability.
Now the ability will look like Poppy would jump towards the enemy up the sky then indicating the area of where it will pop, Poppy will grow big and pop then it would activate the decreasing tile movement ability for 2 rounds, it will look like the enemies got paralysed because of the pop and the enemies will show a green or red aura indicating that they’ve been hit by the ability, now after Poppy uses it’s ability it will go back to where it was and it will stay there unable to move and can’t be targeted for 4 rounds, it will fix itself after those 4 rounds. And maybe it would be fair if Poppy Balloon would die if it stayed on abyss tile when it uses it’s ability

“Hey what if you use it on a phobie with only 1 tile movement like Cerberus?”
It would just be staying still
Let me know what you think of it
You could add something or make some modifications

Also thought of a phobie that could remove any debuff like attack debuff or from frozen ability, something like that

Are you scared to get pulled in by the darkness?

Appearance
A skull shape, color pure darkness, details has a moving spiky wiggly venom-like thingy around him, also has particles around, he looks like a black portal.

Name: Darky
Type: Dimensional
8 Keys
HP 2230
Move 1 Tile
Normal Atk 490
Range 2 Tiles
Attack animation: It covers the enemy like a slime.
Moving Animation: His first half moves first then his second follows like a slime
Sound: scary wind passes, sound of an empty darkness
Idle animation: a hand tries to get out but he sucks it back

Ability: Dark Hole
Ability Info: It devours the enemy around him and pulls them by 1 Tile.
Range 2 Tiles (AOE)
Damage 630

When I was a little, I often woke up at night because of nightmares, lay for a long time with the light on, looking around the room for what I was dreaming about, and when I eventually found nothing, I calmed down and went to bed again, hoping that I would not continue the dream from that same places. One of the worst dreams I had was a dinosaur that was running after me from my room; I was running away from him along the corridor, and, turning into the bathroom, quickly dived into the drum of the washing machine, but did not have time to close the door behind me. At the moment when he, with his mouth wide open, appeared in front of me and rushed to bite me, I woke up. 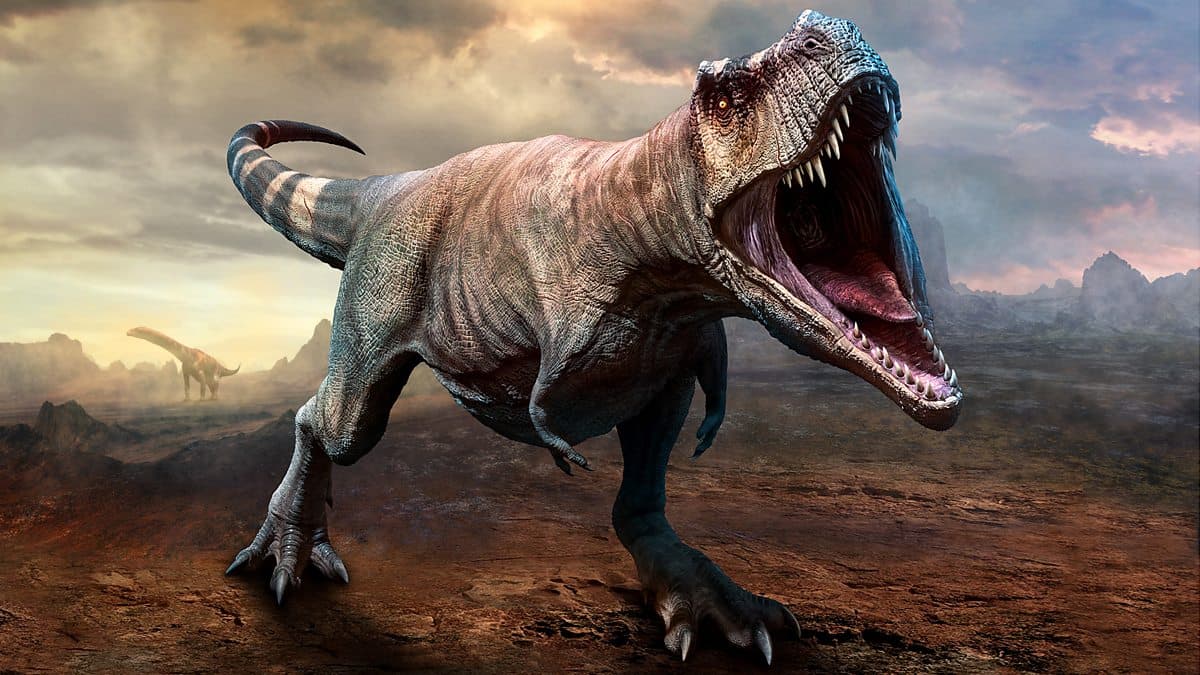 tyrannosaurus rex1200×675 118 KB
but much smaller, so he could fit into a 2-meter-high corridor, but the head a bit bigger than the other proportions that have been reduced.

I think about it in a way that we could see it from the side, like this (top view, to show where everything is located. The view of the card itself would be a side view of it)): 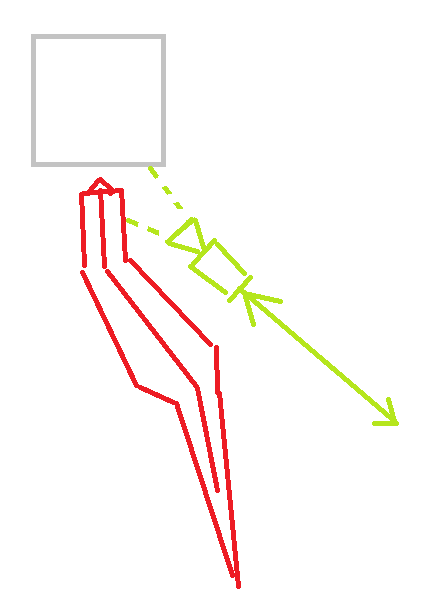 top view425×604 2.63 KB
the camera is we who can drive back and forth along the green line to see the dinosaur from a distance or up close. This is in order to show the whole dinosaur from my dream; but then there will be two in the frame - he and I, in the washing machine, which is not typical for images of game cards. If you depict one, the way I saw in a dream - how I looked at him from the washing machine (first-person view), then this appears: 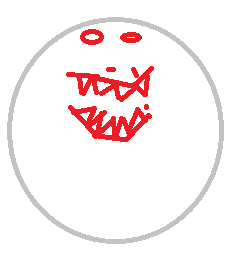 and the whole situation from the side: 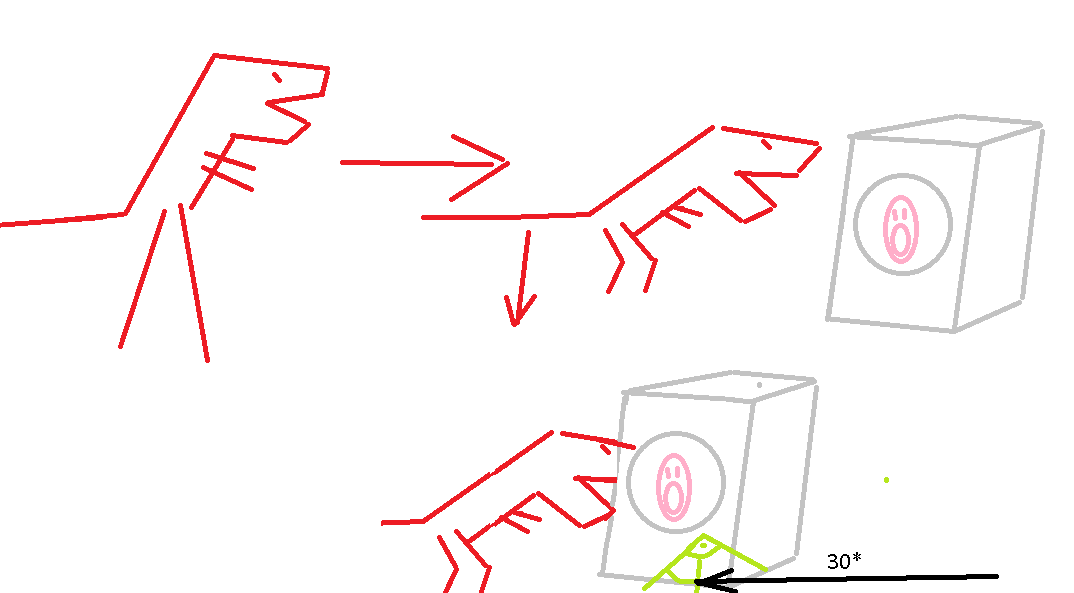 ah, yeah, and the washing machine has a door on the right, like this: 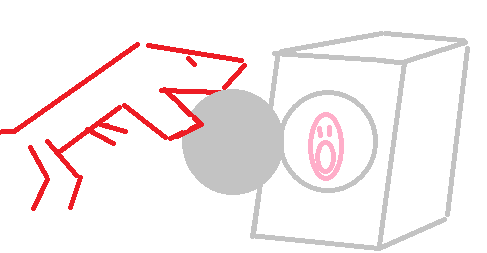 1.Eldritch Garfield
-Name: Garfield
-Dimensional race
-Should look like any eldritch Garfield that you can find in google.
-Decayed red
-No abilities (to make the key cost and rarity lower so it’d be more usable)
-If you want ability, +3range, Seduce: Targeted has to walk towards Garfield if possible with 1mobility on each of its turn, if standing adjacent on Garfield and it has still some turn left, it has to attack Garfield with -400power.
-2000hp, 1mobility, 1range, 500power

2.Slink
-Mechanical
-Design can be freestyle
-Steel colour
-Claustrophobe, +1mobility, jumps high and cages a target up to 2 rounds, rendering them in stasis. If you want to add damaging ability while caging, can increase the rarity and key cost. Delay 2 rounds
-1500hp, 1mobility, 1 range, 250power

3.Frog
-Name: Wednesday
-Monster
-Dark grey with pustules on the back. Frowns.
-(Not an ability, similar to Erratic) Wednesday screeches or shouts the iconic AAAHHH for its attack. When Wednesday targets, the targeted and its left and right got affected by the attack as well, the attack on the sides are not reduced. Every tile including pillars can be targeted although does nothing to it, only affected its sides.
-1200hp, 2mobility, 1 range, 250power

I wrote 2nd post. Please do tell me if you cann see it. I posted another 2 phobie design in my last post that I believe have posted. 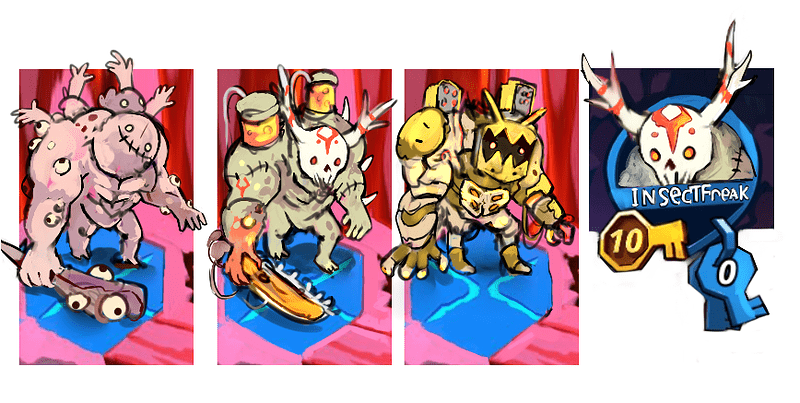 1wqwqwqqwwqqwwqwqwq868×438 388 KB
hi my name ken 16 year old still not birthday yet this year . my goal to be pro concept artist designer . so gonna be while to make this fanart for this game . this my first atempt each of them take me 20 minutes to make it . i also do animation as well but still not got more time to spend time to animated this fanart creation of my design … nice to meet you guys .
2 Likes
Smallflour April 28, 2022, 11:30pm #16

Phobia what is the unit based on: acrophobia (high places)

appearence: an falcon with 4 wings

One thing to add design: hands coming out of the mini portals

I have an interesting idea for a 7 key cost Zombie Phobie.

His appearence would be of a zombie hunchback that has a huge nuclear barrel as his back bump, a huge mouth and moves like a gorilla, has a torn hazmat suit.

-Rarity : ultra-rare
-Name : zoomi
-Type : mechanic
-Descripsion: “time for a change”
-Keys: 9
-Health : 1200
-Movement : (Flying) 1
-Attack range : Over obstacles 3
-Attack damage: 120
-Special : “take it back”
Target 1 phobie neither if it’s yours or the opponents and rewind it to the key hole.
Keys will be refound based on the phobie cost keys.
-Special range : based on attack range (3)
-Special coolown: 4 turns
-Appearance:
a futuristic kind of robot with blue eyes, black outfit, without legs hovering in it’ place.

If they gave me the opportunity, I would create a phobia with the hangman’s noose. It’s a fear that must be a phobia. And aren’t they afraid of being hanged?