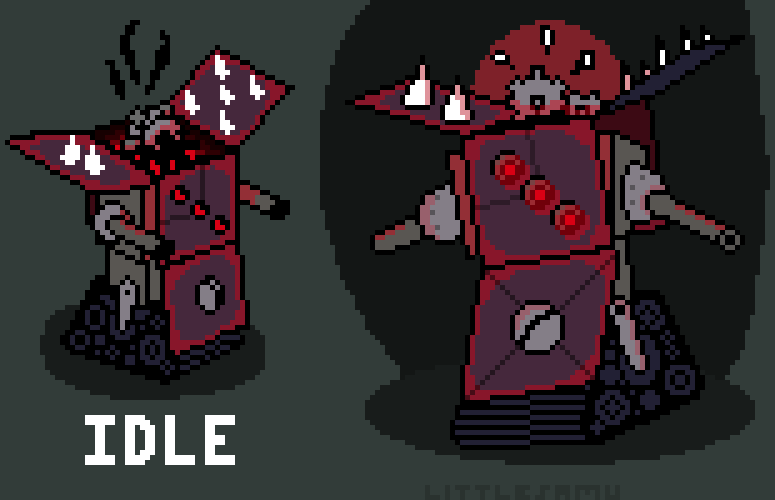 I had this phobie idea for a while based on Zariphobia (fear of dices), and I’m currently thinking of making another one called “The End-e” (sounds like D&D cuz it’s a dodecahedron), similar but it his active ability randomly changes to other phobie´s abilities (like building walls or poisoning).

Honestly, I would hate to see such a big amount of randomness in this game. You see, Phobies is so non-random it’s almost like chess. If you ignore traps and the invisibility ability (whose randomness isn’t that impactful), the game has open information: you can predict EXACTLY what the board could look like on your next turn and react accordingly. Games like these are very rare, and while randomness can be fun at times, I think this game should steer towards becoming fully non-random rather than adding more unpredictable stuff. I might write a separate post about this.
That said, I find the concept of Phobies able to steal stats/abilities from other Phobies to be quite interesting.

You’re right, maybe instead of being random it should just copy the stats of one of the phobies in the map, thanks!

Wow! I really appreciate the effort you put into creating these Phobie ideas!

I would also like to mention that to have it completely random, you would have to disable the undo mechanic.